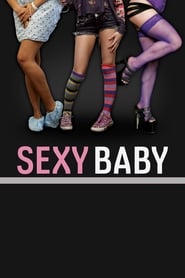 A Documentary about sexiness & the cyber ageApr. 20, 2012USA83 Min.Not Rated
Your rating: 0
0 0 votes
Documentary
what going on?

Sexy Baby is the first documentary film to put faces to a seismic cultural shift: the cyber age is creating a new sexual landscape. While doing research for the film, we had intimate and candid conversations with kids in middle school classrooms, suburban shopping malls, nightclubs, college dorms, and even conducted an informal roundtable during a high school house party. While chronicling trends among small town and big city kids, we discovered this: Having pubic hair is considered unattractive and “gross.” Most youngsters know someone who has emailed or texted a naked photo of themselves. Many kids have accidentally or intentionally had their first introduction to sex be via hardcore online porn. Facebook has created an arena where kids compete to be “liked” and constantly worry about what image to portray – much of what was once private is now made public. And the list goes on.